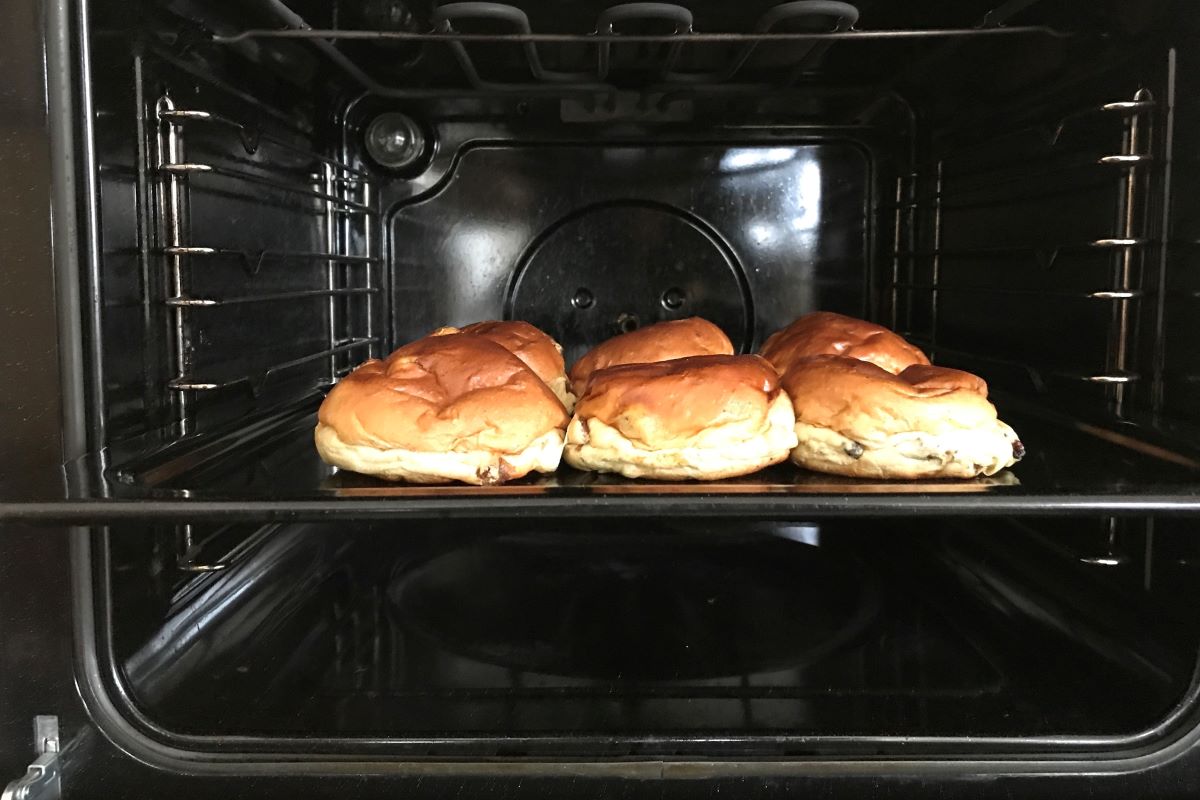 Ovens are used to dry fry or grill, especially very effectively at higher temperatures. Ovens also can apply conditions that are a balance between air frying and steaming. This is very effective for making bread or pie. Some ovens have the feature of adding steam.  The so-called oven-spring when baking bread in an oven, comes from added steam. It is added as steam or hot water at the start of the bake. The steam condenses on the relatively cold dough surface and keeps the surface flexible and moist. Thus allowing it to stretch while the dough expands.

Covered, thick walled pots in an oven (“Dutch ovens”) get the heat slowly, but evenly transferred. Depending on the applied temperature and other conditions, oven cooking in a covered pot resembles poaching, steaming, braising or boiling the best. Some home bakers bake bread in a Dutch oven, placed in an oven. First with the lid on to create more oven spring and later with the lid off to create a brown crust at the surface. This also makes the finding of a bread tin or form obsolete.

Finally, tandoors are circular ovens used in the Indian sub-continent where flat objects are baked. Examples are india flat breads, but also pieces of meat such as tandoori chicken. The food is usually stuck to a kind of cushion which is used to transfer the food to the hot oven wall of the tandoor where it sticks.