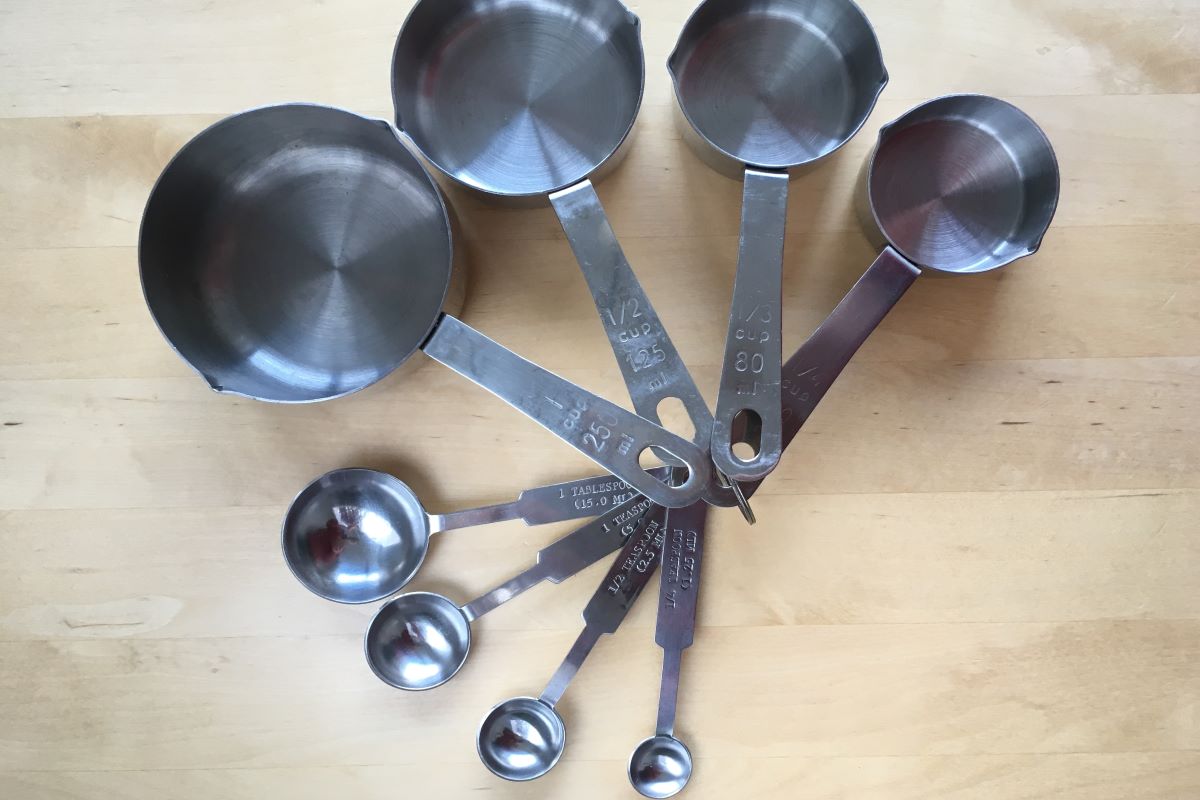 Measures and weights in cooking

Often cooks who have been educated on metric measures (gram and milliliter) have difficulty following the measure system that is popular in the US, the UK and most of the Commonwealth countries and vice versa.

What many do not know is that there are  definitions for the conversion between the two systems.

Importance to use the proper measure and weight while cooking

One of the dangers with using a volumetric system only is that liquids other than water can not be so easily converted into weights by only using volumetric measures. For example a tablespoon of water equals 15 milliliters of water or 15 grams of water. A tablespoon of olive oil may only have 12 grams of olive oil. There will be differences among the densities of water, fruit juices and oils, and thus a tablespoon of one ingredient cannot be perfectly converted into weights if the density is not known.

Another more serious example of this is the weight amount of salt. The grainsize and shape can cause a tablespoon of salt to mean very different weights. The saltiness will be caused by the number of molecules, so by the weight, not by the volume. This of course also applies to grated products: grated ginger, grated cheese etc.

For the conversion of US measures to the Metric system

There are still differences between some measures in the US and in the UK, but for the cooking application, it is mostly important to know that the pint is different, but the fluid ounce is virtually identical. Dry ounces are also the same between the US and the Common wealth countries. More on this you can read on this website.

If you are regularly cooking, the purchase of a set of measures as well as a weighing scale may pay off! This website uses the US system of measures alongside the metric system.

All our knowledge pages

This site uses cookies to garantee the full functionality and improve the user experience. You may also benefit by making the repeat log in experience better. Find out more.