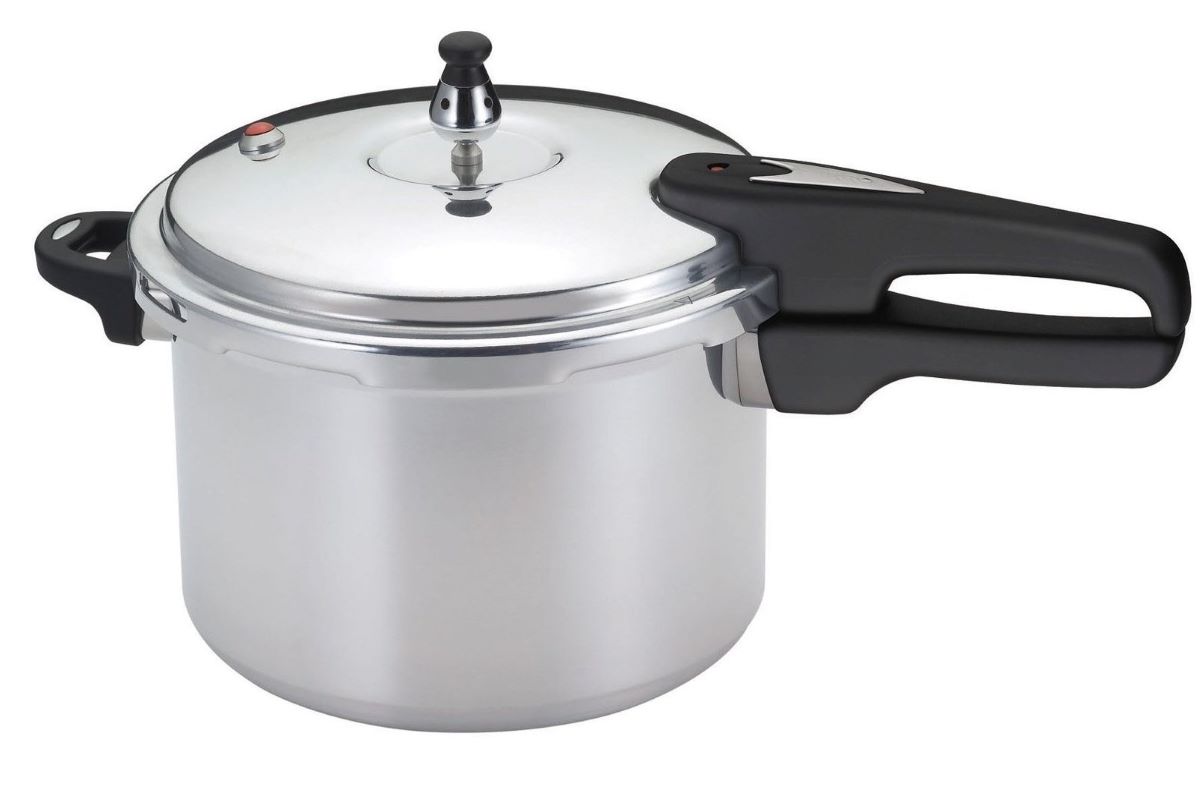 Pressure cooking is a special case of cooking in boiling water or in oil.

The boiling point increases at higher pressures thereby reducing cooking times. If you like to boil starchy products such as noodles, potatoes or beans in water on a mountain of 4500 ft (1,500 m) altitude a pressure cooker comes in handy. The cooking time on the mountain will be increased by 50-65%. Every 305 m the boiling point of water is reduced by 1 C and each 1 C represents an almost 10% longer cooking time. So pressure cooking is very welcome when living at higher altitudes.  Today’s cooks use pressure cookers to reduce the cooking time for foods that require a long time, such as foods that require braising: after a brief browning in an open pan the foods are pressure braised in a much shorter time.

The founder of Kentucky Fried Chicken (KFC), Colonel Sanders,  invented pressure cooking in oil. He found so much demand for his fried chickens at lunch and dinner that he was looking for ways to shorten the deep frying time. Thus he invented a pressure cooker for oil, to cook the chicken pieces at a higher inner temperature.  He fried chicken pieces for 2-3 minutes without pressure, to release most of the water vapor, then pressure fried for 20 minutes.

Please note that most of the pressure in a deep fryer comes from steam. This causes the chicken pieces to cook at a higher inner temperature and thus faster. Also water cannot be released further in the pressured, closed fryer. This makes the chicken pieces more moist and succulent. They contain less fat than cooked under standard conditions without pressure. Because an open fryer would release water (vapor) and fat would replace the water. The colonel shaved off 20-25 minutes cooking time. He also created a more succulent and less fat piece of chicken. Today the world can still enjoy his invention.