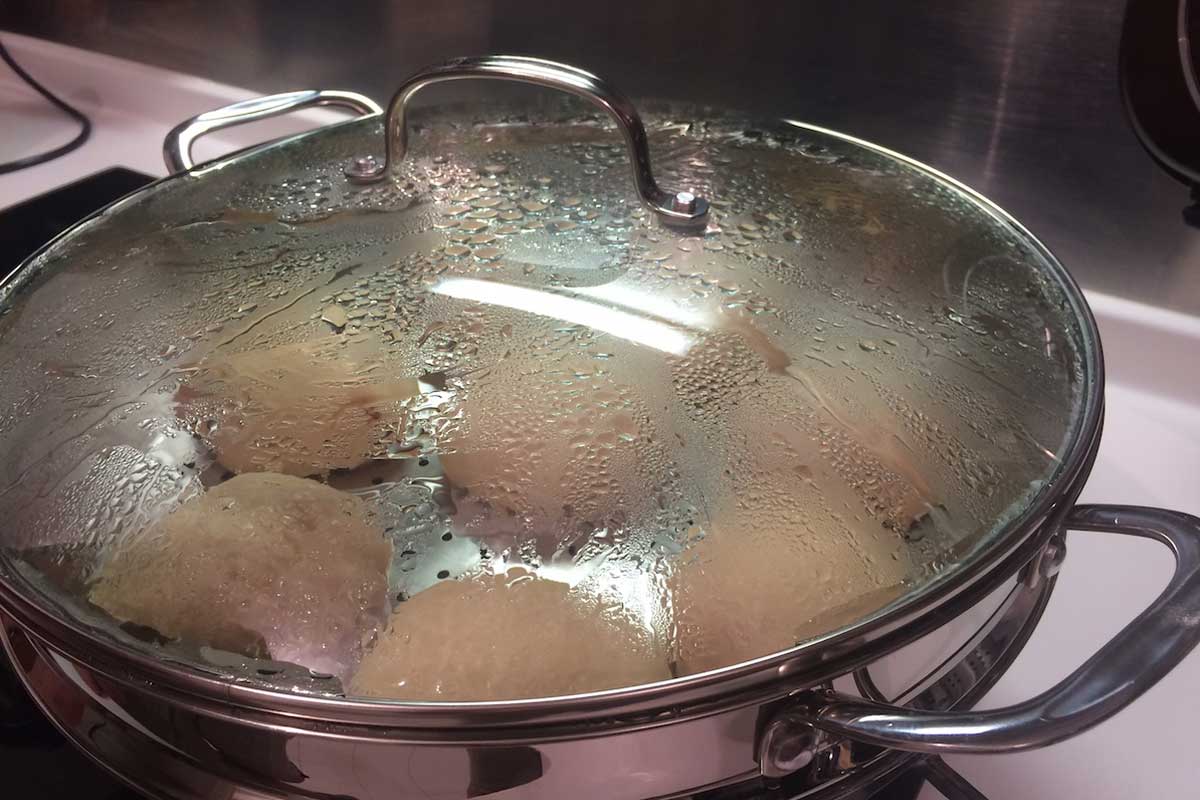 Steam is water vapor of around 100 C at atmospheric pressure at sea level.  Steam can cook products that are placed on a perforated surface over a pan with boiling water and usually covered with a lid. In the Chinese cuisine bamboo steamers are a common sight in streets. These steamers cook bread (mantou), filled bread (baozi) and dumplings (jiaozi). Steaming is also perfect for delicate fish and shell fish. Also steaming vegetables instead of boiling them in water gives very nice results. Potatoes, carrots, cauliflower, peas and almost all other vegetables can be steamed.

A main advantage of steaming over boiling

Steaming has a main advantage over boiling in water: fewer healthy minerals and vitamins leach from vegetables as compared to boiling in water. In general, boiling vegetables in water is only desired when we want certain minerals or compounds deliberately to leach out.  For example, boil bamboo shoots in water to remove poisonous chemicals called cyanides. These natural occurring compounds dissolve and partially decompose in the water.  Rhubarb is another example where slightly poisonous oxalic acid decomposes in the water during boiling.

Boil or poach noodles in plenty of fluid to keep them from sticking to each other. Because the outside layer of starch needs to freely dissolve. But rice can be perfectly steamed, especially after thorough washing. For a similar reason, parboil already cut potato strings for French fries briefly in water. This is not only to reduce the frying time, but also to take away starch at the surface. This would otherwise create an intense brown color during deep frying as a result of the Maillard reaction. But in all other cases, we prefer and recommend steaming.