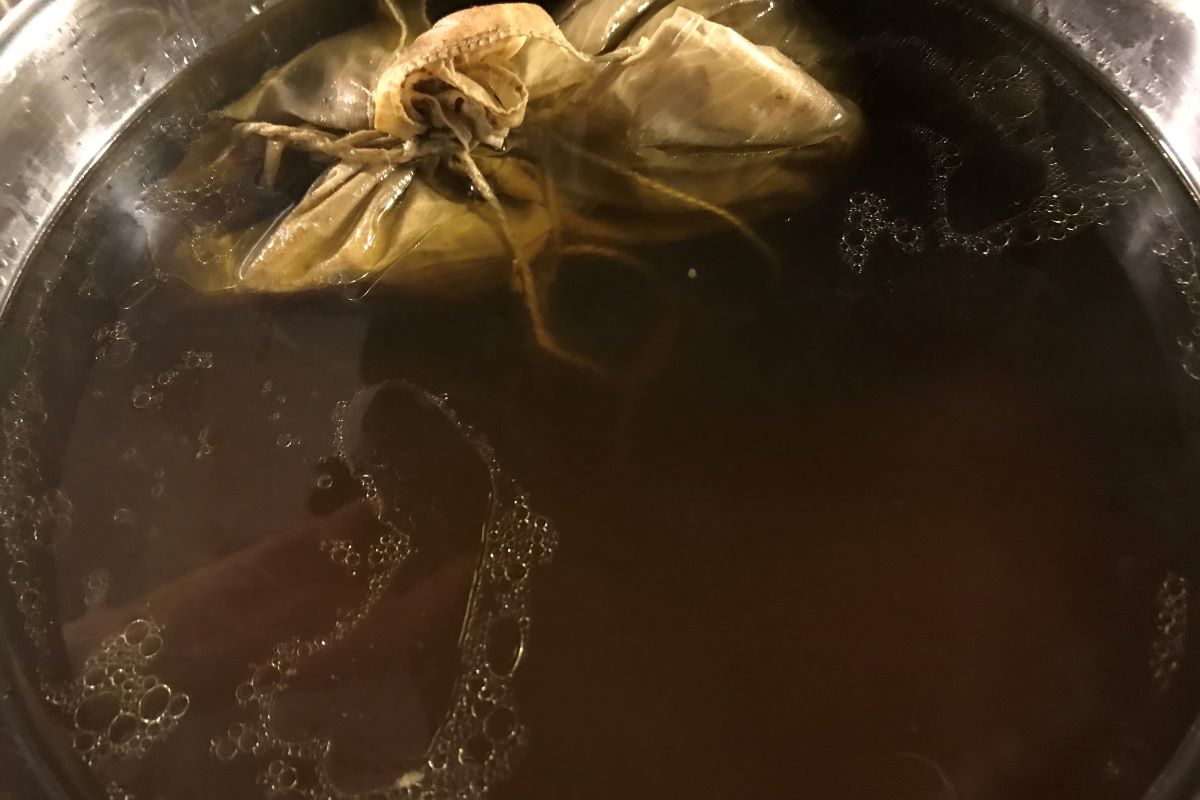 Beef broth for Vietnamese Pho is inspired by the family recipe shared by the owner of the Red Lantern, a successful Vietnamese eatery in Sydney.  Pho is one of the common dishes in Vietnam and is in its simplest form a beef rice noodle soup. Compare it with the tonkotsu ramen in Japan (based on pork broth). While we know the principles of making broth as explained here, using the Asian spices and Vietnamese cooking skills makes for an entirely different tasting broth. As there are not many recipes for beef broths around that add sugar and fish sauce!

The art of making beef broth for Vietnamese Pho

Observe the general principles of making broth: use many bones, use a long time at low heat to simmer and in the beginning remove scum frequently. For this broth, the unique spices, herbs and vegetables are providing an excellent taste. While you need at the least a full day to make it, the result is rewarding. If you are brewing salt cured anchovies, you are lucky as you have access to fresh and usually excellent fish sauce. Otherwise try the best brand of fish sauce you can buy. There is a lot of under-appreciation for fish sauce in Western countries, unfortunately.

The filtration step, does help to remove solids from the broth. After cooling down in the fridge, a solidified layer of  tallow will appear on top of the broth. I remove most but certainly not all of this. Because the fat does contain flavour!  Traditionally in Vietnam the broth might never reach that low temperature. The resulting broth is a clear liquid full of taste and fragrance. Use the broth to make Vietnamese Pho.