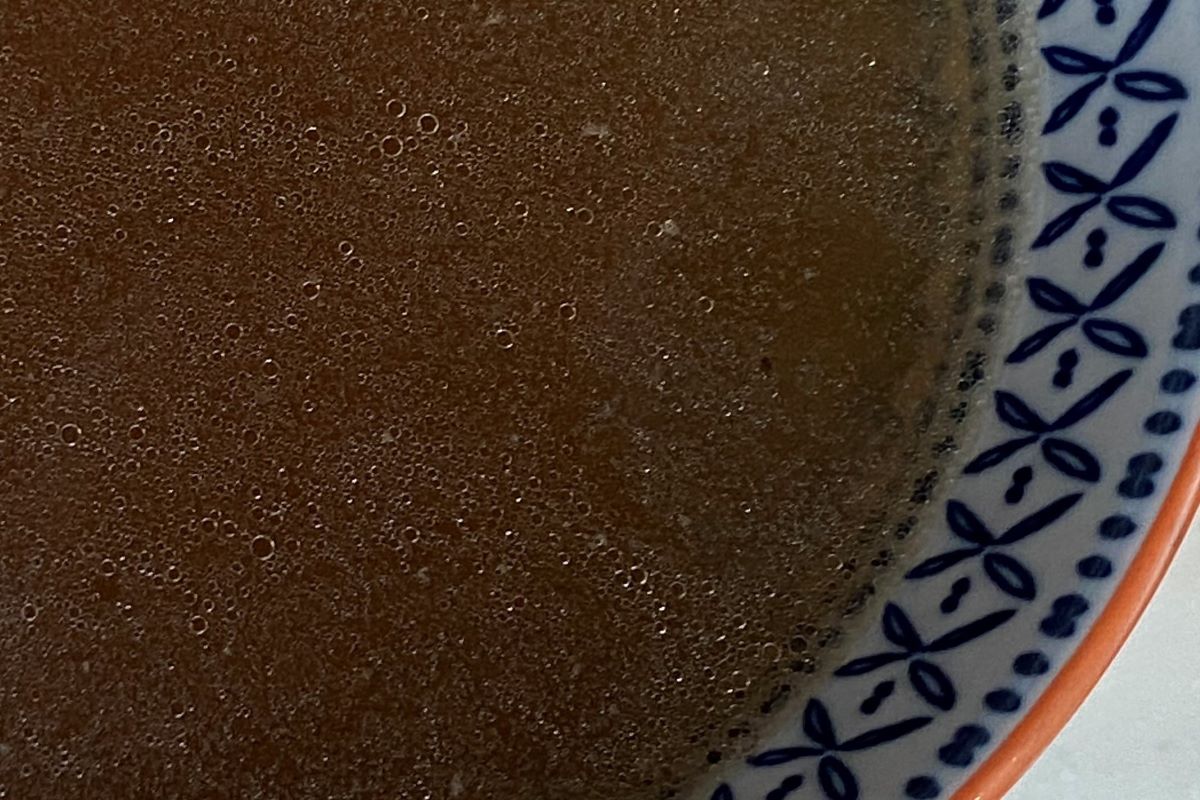 Beef broth is one of the most often made meat extracts in French cuisine. As explained in the cooking hints section, any good broth requires bones and some meat.  Exercise patience and something beautiful will emerge. Beef broth contains bone and meat extracts, such as calcium, iron, and proteins. When removing most of the fat, you do not need to worry about the saturated fats, although some leave some fat in: it contributes to taste.

The art of making beef broth

For broth you do not need to take the nicest parts of meat. On the contrary, I use ‘waste’ meat that has muscles and tendons and use that to simmer a tasty and concentrated broth. Observe the general principles of making broth: use many bones, and also some meat, use a long time at low heat to simmer and in the beginning remove scum frequently.  After some 4 hours or so, remove the bones and remove any meat from bones that can is suitable for consumption. Reserve this meat. Let the broth cool over-night in the refrigerator and the next day remove most of the fat. A clean, fantastic tasting broth will remain.

The best is to start with a slow, light browning of the meat and bones on medium fire. Adding some onions pieces in the process will work great.

The resulting broth with fat removed forms also an excellent base for the best beef glace.  Just continue to evaporate the broth in a wide shallow pan, with optionally some sherry vinegar added.