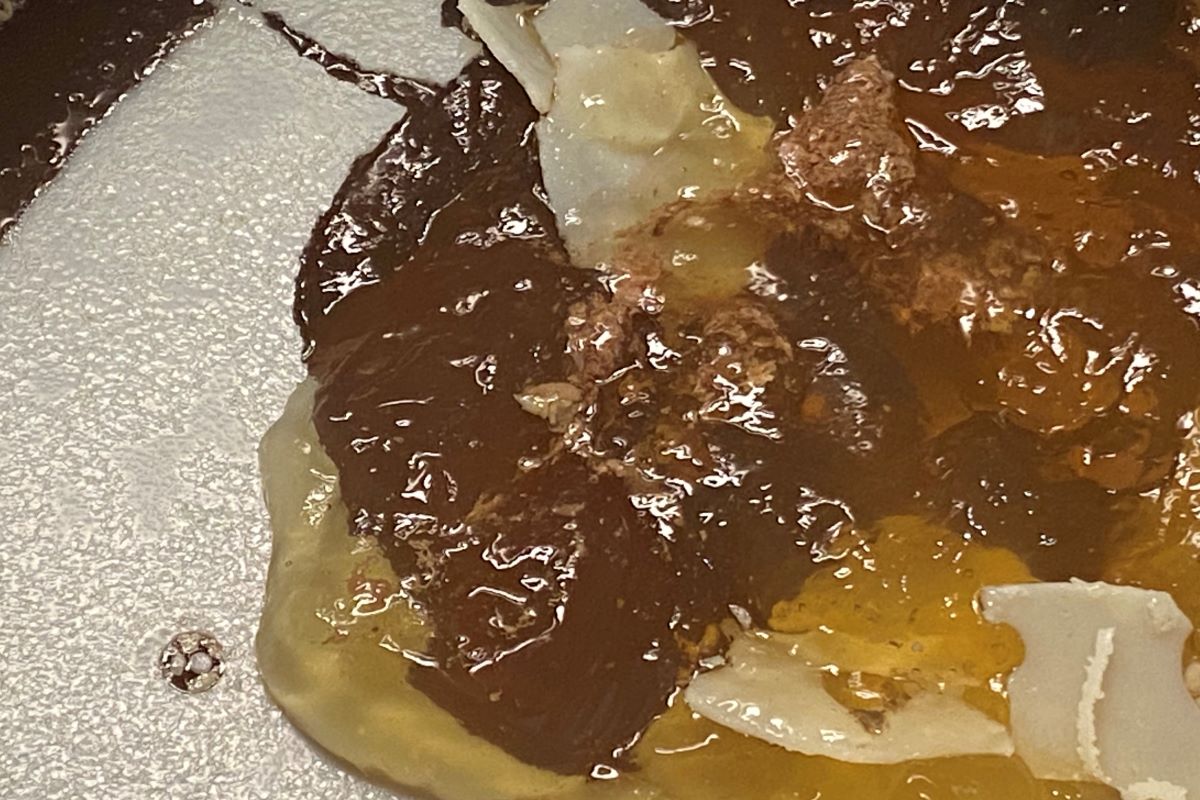 In producing broth, bones have an important effect on taste. The pork base in the Japanese Ramen, the chicken or beef base to make Vietnamese Pho and the best fish soup, are all using bones. When simmering bones, the collagen converts into gelatin and amino acids are released as well. Do not steep fish bones longer than 20-30 min to prevent the broth becoming very cloudy and sticky. Japanese dashi, based on dried, fermented fish slivers, needs only minutes. But preparing beef and pork bouillon can be a day long affair.  I find chicken bouillon normally ready after 2-3 h.

Always try not to boil the broth, but simmer or keep it close to simmering. Usually for bouillon making I do not put a lid on the pan or only partially, so that some concentration of the broth can also take place. Also usually initially proteins are released when the temperature is reaching 90 C which shows as froth on the surface. Removing this froth regularly with a skimmer helps to create a clean taste and helps to produce a clear bouillon.

In preparing red meat bouillon, dry heating the meat and bones on the bottom of the pan for a few minutes can develop browning reactions that provide a nice taste and color to the base. I only use this technique for beef, lamb and pork broth.  Sometimes also a half cut onion with peel can be added and slightly dry roasted in the pan for more taste. Alternatively, dry-roast the bones in the oven before using them to make the bouillon.

Always use some vegetables and herbs during the steeping, to impair a wonderful taste.

A good broth, after having completely cooled down to refrigerator temperature, is jelly. Often fat is found in solid form on top. However, more unsaturated fats such as from fish, will remain liquid.