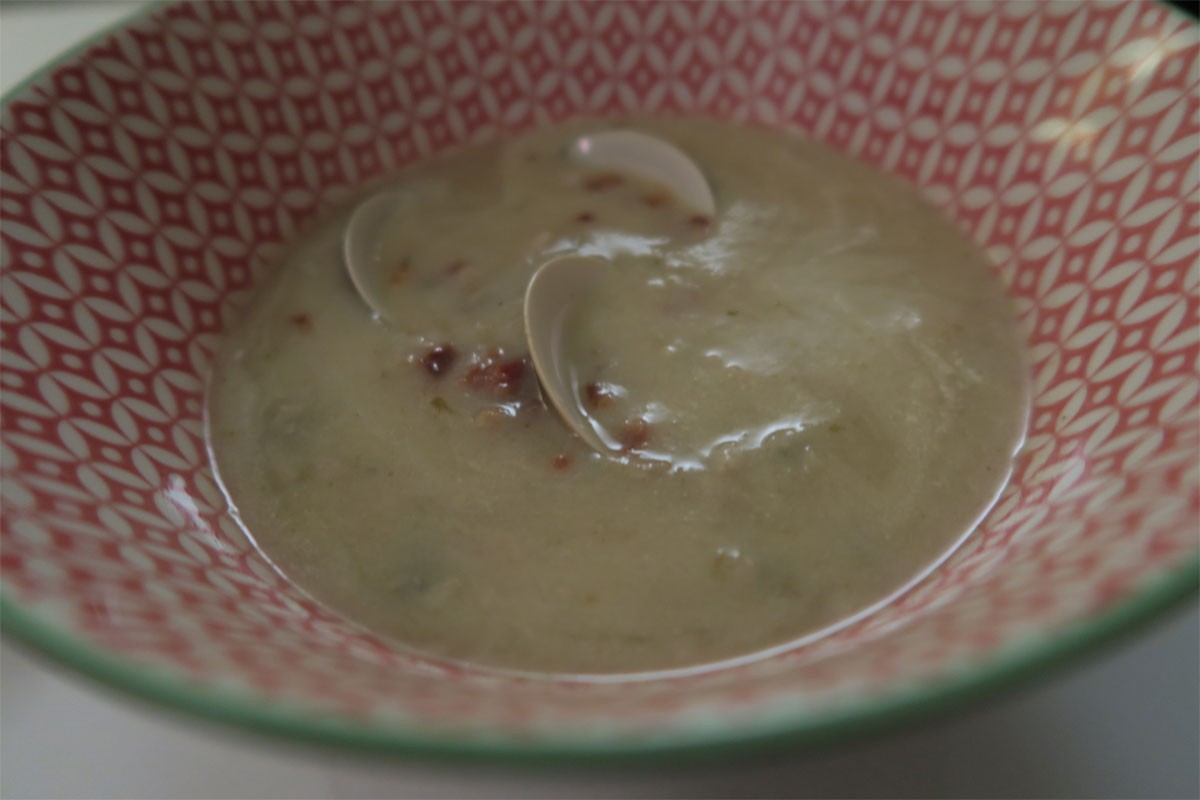 A clam chowder is nothing more or less than a soup made with clams and broth. In New England the broth contains cream and is rather white; in Rhode Island the broth is semi-transparent and in Manhattan the broth is red as it contains tomatoes.

The art of making a New England Clam Chowder

In this recipe we have abstained from adding flour or starch to thicken the soup as it may masque some of the subtle taste characteristics of this soup. Also we have reduced significantly the use of cream in this soup. The thickening comes from blending vegetables and cooked potatoes. If you want a thicker soup, just add more heavy cream. The soup is at its best the next day. 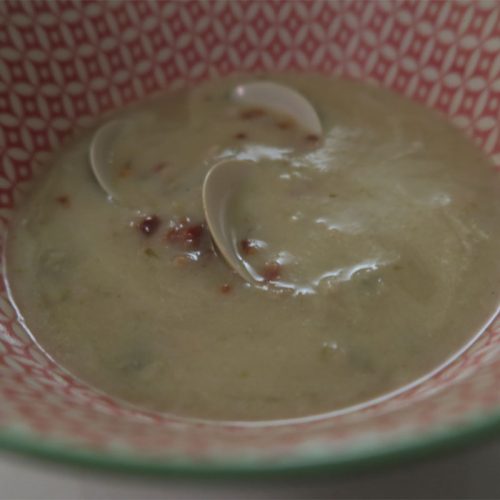 Ingredients for making the clams and broth

Ingredients to make the chowder

Ingredients to clean the clams

Instructions to make the broth and clam meat

Instruction to make the chowder