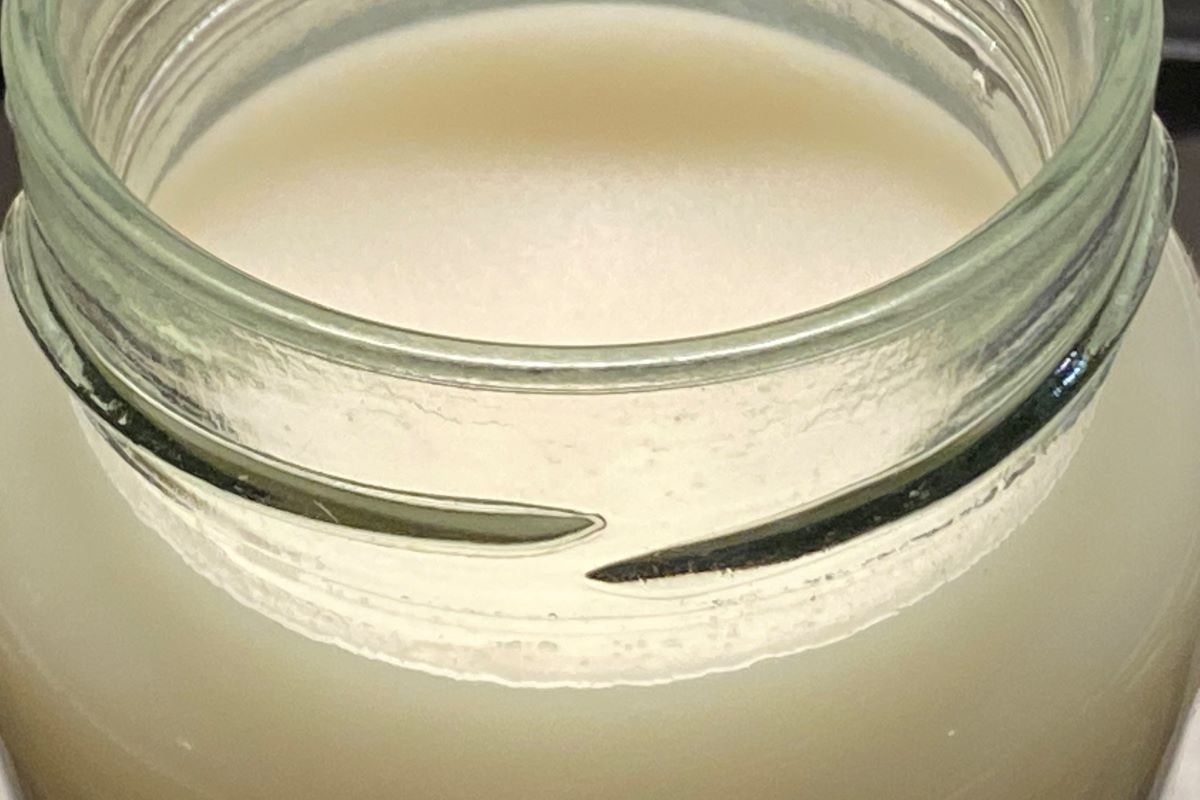 Pork fat or lard is a bit out of fashion. Some 80 years ago in the Western world, people would use lard to cook with, fry with and to bake with. It was a natural fat, easy to get and it was not as hard as beef tallow. You could smear it on a sandwich instead of butter.  But the lard was taken over by margarine, a vegetable oil based ‘butter’ that was chemically hardened to increase the melting temperature. Later it was discovered that the hardened fats were partially trans fats, bad for heart health. But the damage was done, and lard was almost forgotten in normal city households. And yet, as viewed from fat composition, pork fat is not so much different from olive oil. The saturated fat component is larger, but not outrageously larger and the poly unsaturated fat component is even bigger than that in olive oil.

And if you are cost conscientious, lard is a much more economical fat than butter, most margarines or olive oil. The higher smoke point of 375 F (190 C) makes it also more suitable to fry in than butter or olive oil. Finally, certain pie crusts taste so much better when made with self-rendered lard!

the art of rendering pork fat

Rendering pork fat is not much different than rendering duck fat. We use a little more water in the beginning as the pork fat tissue releases its fat slightly less easily than duck skin. After the water is all evaporated, we continue to heat on medium fire, but will stop for the first fat drain as soon as there are signs of the fat pieces becoming light yellow. Then we take out the fat pieces and reserve and then harvest the first fat, which will be a pristine white upon solidification. Thereafter we continue to render fat from the fat pieces and may have one or two more harvests.  The latter harvest is smellier and more yellowish. Still good to fry pork meat in. The pork fat residues (cracklings) are fattier than those of duck skin, and I discard them, therefore. 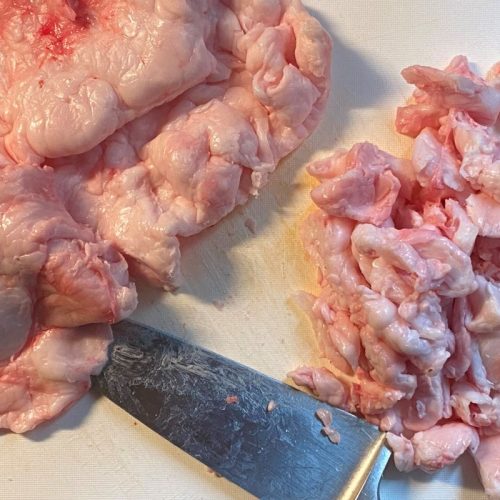 Always be mindful of who your guests will be.  Always respect the guest’s customs and believes. Over 40% of the global citizens do not eat pork related products.

Be careful when purchasing lard in the store. Several products are chemically hardened, and that is not what you want. Please read the label carefully.