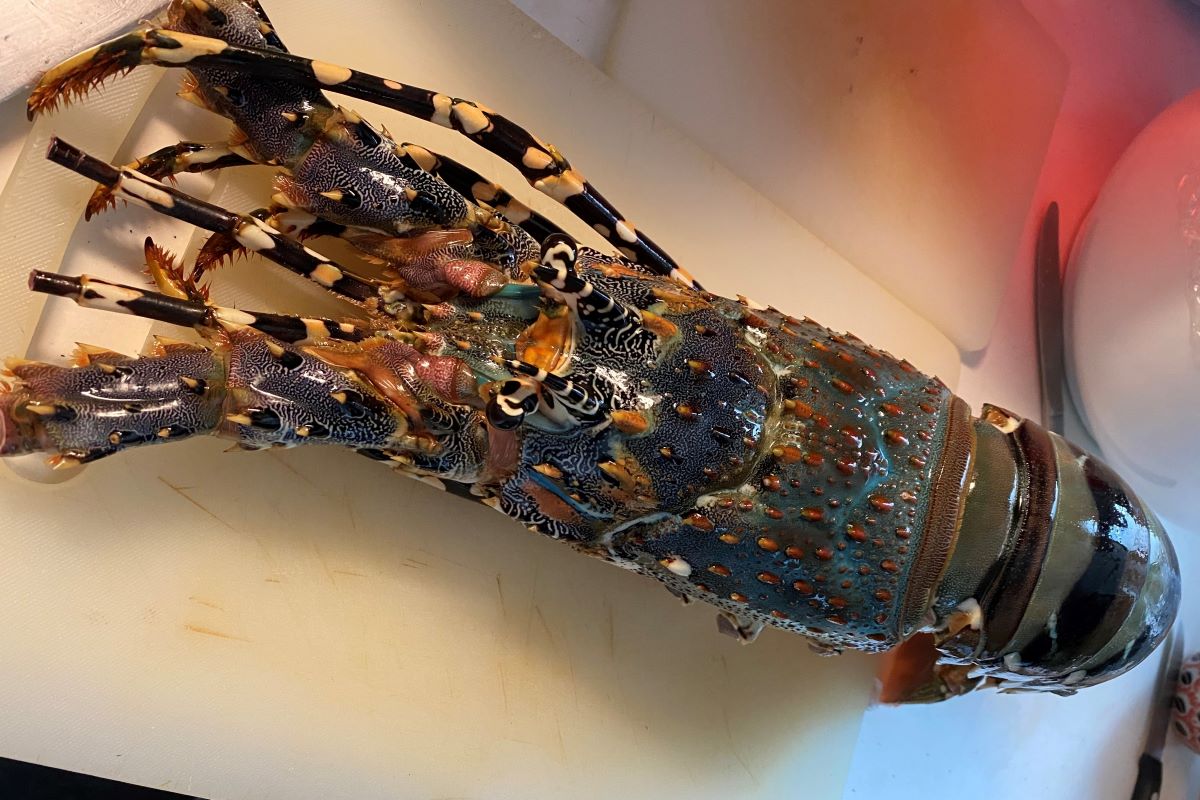 Lobster bisque is possibly the most delicate tasting soup among all crustaceans’ based soups. Crab,  crayfish (river lobster) and shrimp also fall in these most delicious tasting soup category, characterized by lots of umami flavor. Here we will follow a similar recipe as for making the shrimp bisque, but we will make some provisions for the fact that unlike shrimps, lobsters cannot be peeled in a similar way. Lobsters can be found all over the world. In this recipe we use a fresh lobster from the subtropical seas around Hong Kong, but in the fresh waters off New Foundland, Canada, catching lobster and making lobster bisque is in the island people’s genes.

The art of making lobster bisque

Where in our shrimp recipe we can fry the shrimp peels in fat or oil right away, in this recipe we want to first detach the meat from the shells before frying the shells. We do this by briefly steaming the cracked lobster parts, removing the meat and reserving the meat, shells and broth separately.  Thereafter we fry the shells, add several vegetables and then extract lots of flavor from shells and vegetables by a brisk simmer for an hour. Do not be afraid to use chicken broth for the extraction: it provides excellent flavor to the final bisque.

The color of the lobster shells changes from blue-grey to orange-red upon heating. This comes from a breakage of the bond between astaxanthin and the protein crustacyanin at higher temperatures. All crustaceans display this phenomenon. Flamingo’s have a pink, reddish hue because they eat crustaceans and the color comes from free astaxanthin. Likewise, salmon display a pink, reddish color. 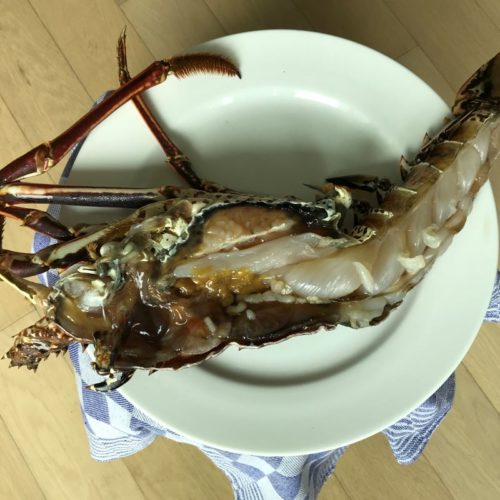 Ingredients for the broth

Ingredients for the bechamel thickener

Ingredient to make the final bisque

Instruction to finalize the bisque