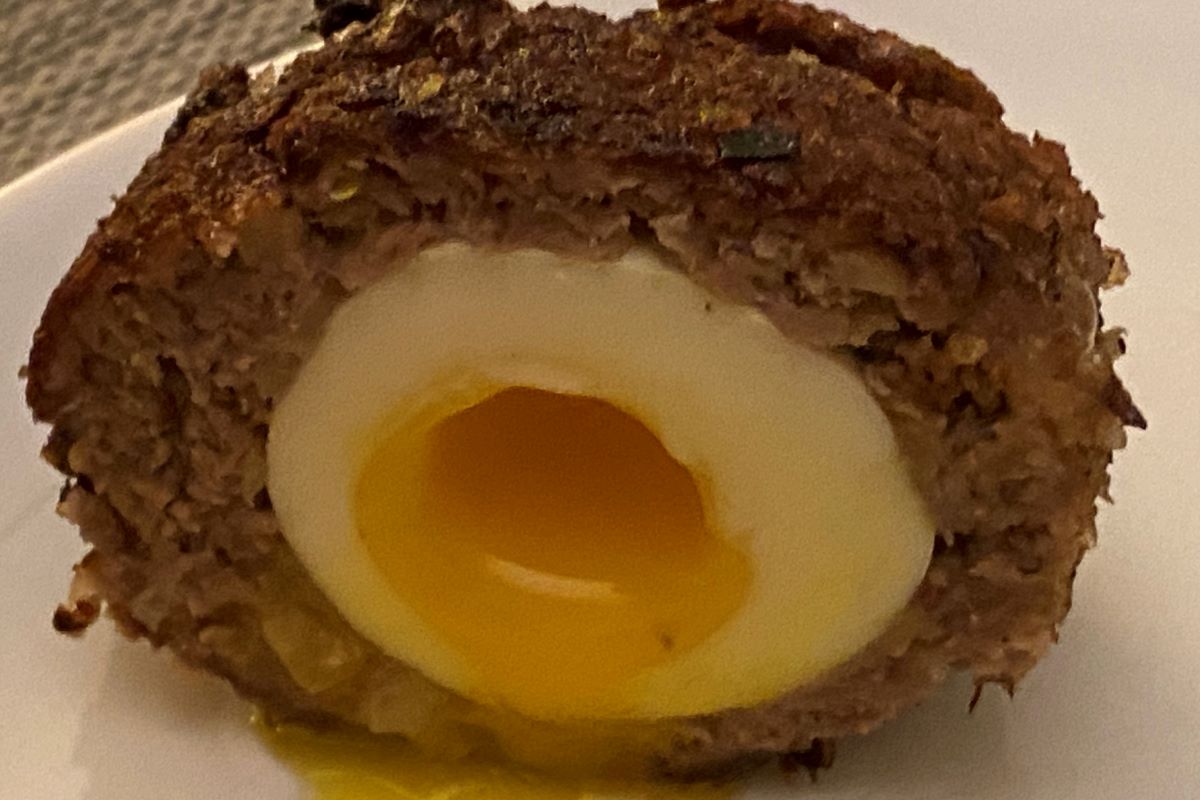 Scotch eggs Asian style are Asian style eggs wrapped in minced meat and then fried. Unlike the name, scotch eggs did not origin in Scotland, but in England. In 1783 the term was already used for a traveler snack. Eat them hot or cold. Until today it is a filling, protein rich and hearty snack or meat dish.

This dish can be used as a snack, but also as the meat dish in a simple, but delicious dinner.  In the most basic form of making a scotch egg, an egg is hard boiled, cooled down, peeled and enveloped in minced meat, sometimes breaded and then pan fried. Here we soft-boil the eggs and let them sit for a few hours or a day in a mixture of soy sauce, cold tea, some herbs such as cloves, cinnamon, nutmeg. Hereto we crackle the egg peel, but do not peel it, so the aroma’s can be infused into the eggs’ exterior.

The next day we peel the egg that is infused with the Asian aroma and has a still running yolk. We then make our own minced meat or use ready bought minced meat and spice it. Thereafter we envelop the eggs with the minced meat and fry them (either pan-fry or deep-fry).

Regarding boiling eggs,  a lot of variables come into play. Such as the size of the egg, the temperature of the egg, the starting temperature of the water in which it is boiled and the capacity of the heat source. To make it easier, we pierce on each end of the egg a tiny hole. Then we bring water to the boil and immerse the cold eggs in the boiling water. Large eggs need 6 minutes in the slow boiling water and then need to be immediately cooled down to be soft boiled. 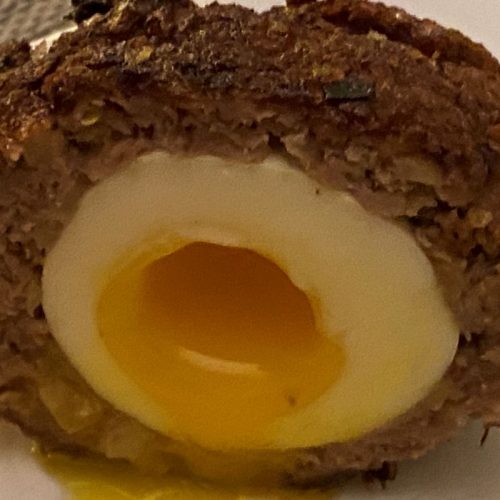 Ingredients for boiling and infusing the eggs

Ingredients for the minced meat

Instructions to boil the eggs

Instruction to infuse the boiled eggs

Instructions to make the scotch eggs