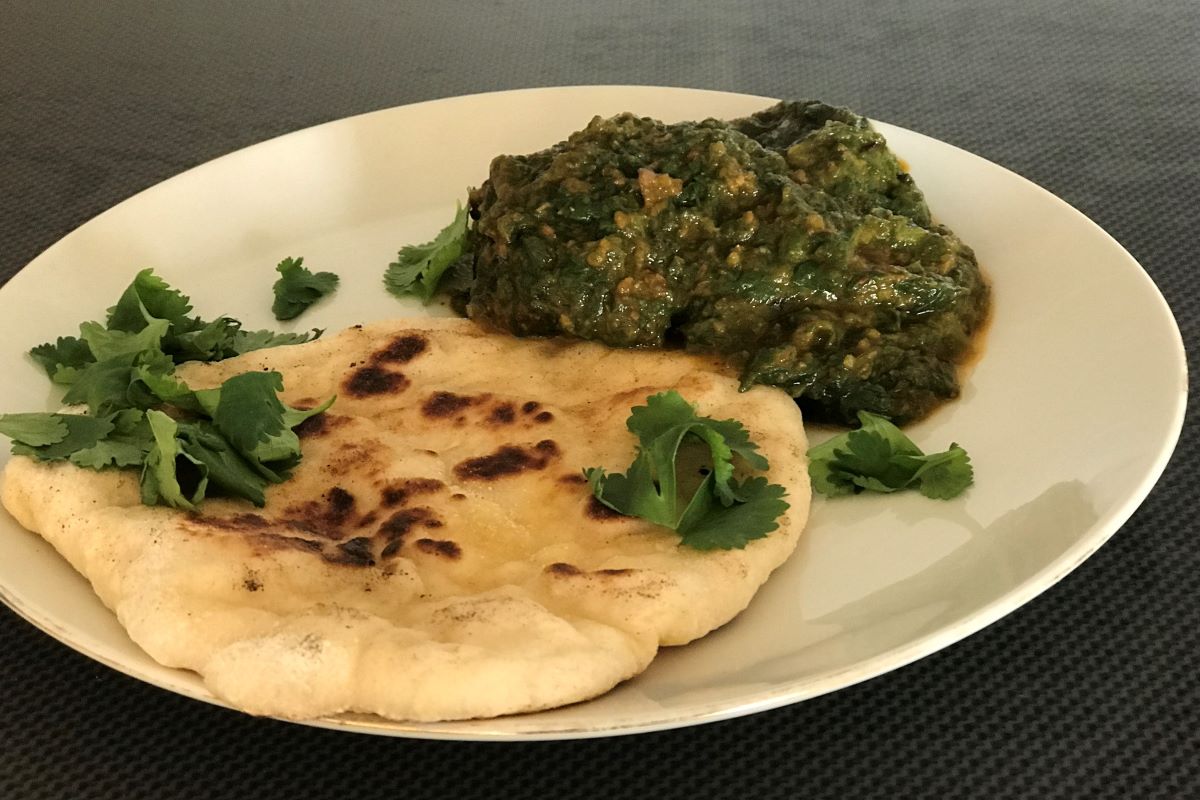 Saag Gosht is a traditional Punjabi meat dish and a delight to make and even more to eat. It is a curry made with goat or lamb (gosht) and spinach (saag). Ensure you have the spices whole and can grind them freshly toasted.  If your are not living in South Asia make contact with your Indian spice provider or visit an Asian store. Invest in a mortar and pestle if you do not have one yet. Then you will be more inclined to make these delectable dishes from the South Asian sub-continent. Eat Saag Gosht with naan, chapati or rice.

The art of making saag gosht

The key is to grind the spices after toasting as much as possible. The spinach is cooked and drained separately.  It is best to use ghee instead of butter as it can handle a higher temperature which is needed to pop the whole spices used in the recipe. Do not use too lean meat: it needs to braise some time and in this period tough pieces of meat will become tender.

In essence making saag ghost with lamb and spinach is fail safe. I always make the dish somewhat in advance, to have the advantage of further taste development while cooling down. The large majority of the cooked and drained spinach is added just before serving. 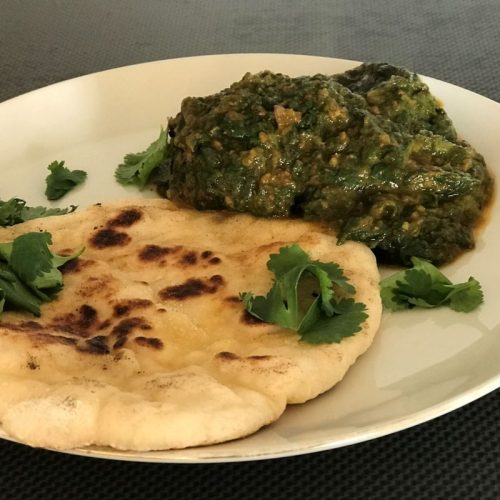 Instructions for the main preparations

Instructions to cook the dish